We all fight with our friends. Fighting isn't a bad thing, in fact fighting helps people in coming closer. Friends fight frequently. Usually, disagreements between two pals are silly, minor, and easy to move beyond; at times, however, small spats can erupt into major fights. A fight with a friend can be as heartbreaking as an argument with a partner. Here are some best friends fight quotes to share with your lovable friends after fight to move past it and make your relationship stronger than ever. Download and share it for free. 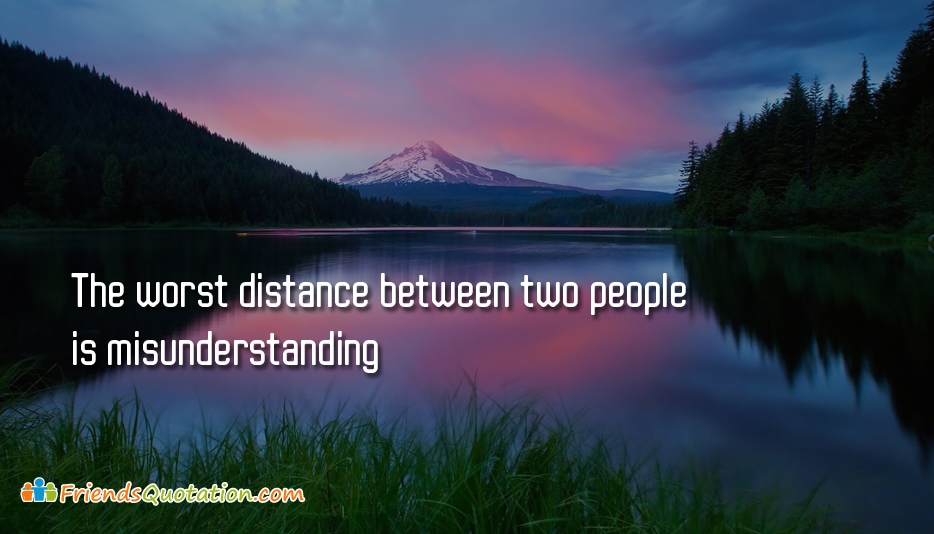 The Worst Distance Between Two People Is Misunderstanding

The Worst Distance Between Two People